Removing and Replacing a Centurion Clutch 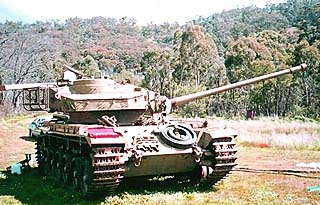 "Found another Cent. It is 169040 situated between Flowerdale and Yea in Victoria.In fair condition".

"Was a goer but blew the clutch as they were taking it off the loader.Spent 48 hours half blocking the Melbourne/Yea road complete with blue flashing lights and all(the little darling)".

"For all you DS instructors/RAEME people out there.....Do you need to lift the transmission to change the clutch?"

To answer the question, here is the sequence as I recall, but first, it is not possible to remove the clutch without either removing the engine or the gear box.

The gear box has no more than about half an inch movement when the mounting bolts are removed and the clutch input shaft is about 4 to 5 inches inside the engine.

Removal of the engine should not be taken on unless it has to be replaced and that sequence may overtax my memory.

Take your time, think about each step and don't stand under anything heavy. I remember one of my LAD OCs from Armoured Regiment days, came to the rear of the tank I was doing a clutch change on to ask me how I was going, I looked up and the gear box was suspended directly over his head, he saw the look on my face, looked up and moved like a rocket.

By the way, if you hear any original words describing what working on a cent is like, please let me know them too. I don't think you will though.

That reminds me of the time I was doing a plug change on a Cent in the LAD hangars at Pucka. I reckon I was about half way through and, as usual, not enjoying life, probably doing the exhaust plugs on a fairly hot engine, when the crew commander, a Duntroon graduate called out to ask how long I'd be.

I slowly got up off my belly, picked up a 2 1/2 pound ball pein hammer and asked him how he'd like it between the eyes. He left straight away and didn't come back until he saw me sitting onthe side of the tank having a smoke.

By then he must have noticed a change in my demeanor and said "Is it safe to ask you how long you'll be now Frank?". They were a pretty understanding bunch of young officers and must have had a sense of humour.

I cannot understand why anyone would buy a Cent. This is the second one I've heard of but I also remember having a lot of fun when working on the bloody things.

As background below is an extract of a page on Centurion 169040 taken from Col Filtness' excellent web site http://steel-thunder.tripod.com/. The site is Col's collection of photos, stories and memories from times past, of all the Centurion Main Battle Tanks that were found in Australia which served in the R.A.A.C. So far he has found 122 Centurions from a total of 142 that entered service with the R.A.A.C.

Col has also produced a CD of his photos which is available at a small cost. Contact him here by e-mail

When I last saw 169040 she was sitting in the storage yard of Vince Ryan's, a bit out by herself. 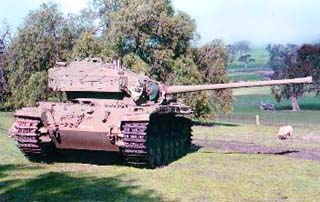 Then early this week I heard that Graeme Potts and his mate Lindsay Briggs had located her near Yea. I was on my way up the next day and was lucky enough to locate her with the owner, Stuart Buchanan on site.All the id plates were missing but as she was not a Vietnam tank there was no point on putting the incorrect number on her. But even the engine compartment id plate was missing 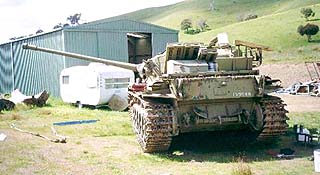 She runs well but has a shot clutch, but Stuart has one to put in, easier said than done. I was able to give Stuart a workshop manual to help him out but its still a big job. 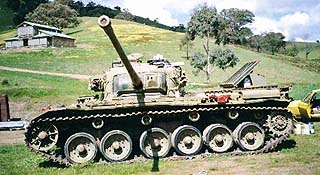 Stuart knew the clutch was sloppy but did get a surprise when he drove her off the low loader and blew it. There she sat until they could get a heavy haulage tow truck from Melbourne. She was then towed about 100 yards and the bill was $600

Stuart sent me some pics of her being unloaded

169040 arrives at the property, but they were unable to enter with the rig so she was unloaded onto the road. Motor fired up and warming up to drive off. 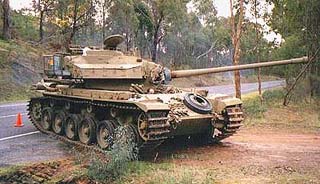 And this is where she stopped 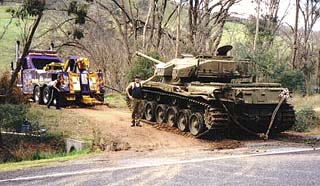 When the Heavy Haulage gear arrived from Melbourne, it was then an easy job to tow her into the property but bloody expensive

I think the transmission will need to be removed to do the clutch and that will be a big job as I cannot see it being done without a crane, but I have been told that it can be done. Will be interesting to see how it goes