Comparison of Canister Rounds for Centurion and Abrahms

In its secondary role, canister creates entry points in buildings for infantry. Canister is in effect a shotgun shell for tanks, releasing 1100 tungsten balls out to an effective range of 700metres.

The canister can be adapted to carry various payloads such as chemical agents.

The cartridge itself comprises of a metal base cap that seals the round in the chamber and is approximately 40mm in height with the remainder of the height 740mm (total 780mm) being combustible cartridge case that is completely consumed during the firing. Total weight is 22.9kg. Type of firing is Percussion firing.

The canister holds approximately 500 steel pellets about the size of a little finger tip.

The cartridge is brass with a plastic/metal type casing to hold the shrapnel. Total weight is 22.5kgs. Scrub clearance in jungle type terrain was tested and recorded as having a depth of 14metres by 6metres at zero elevation and point blank range. In open ground, the width of spread is 31metres, with a depth of 230meters, resultant 89% lethal. At 23metres canister is 100% lethal. Firing Mechanism is electrical.

The Abrams canister is far superior especially as it can be adapted to carry chemicals including nerve gas. 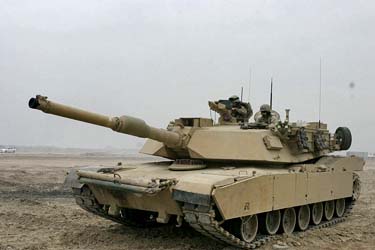 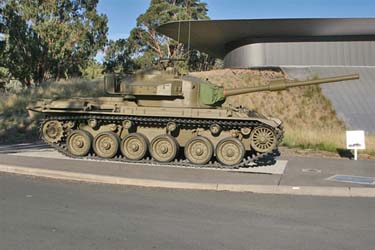